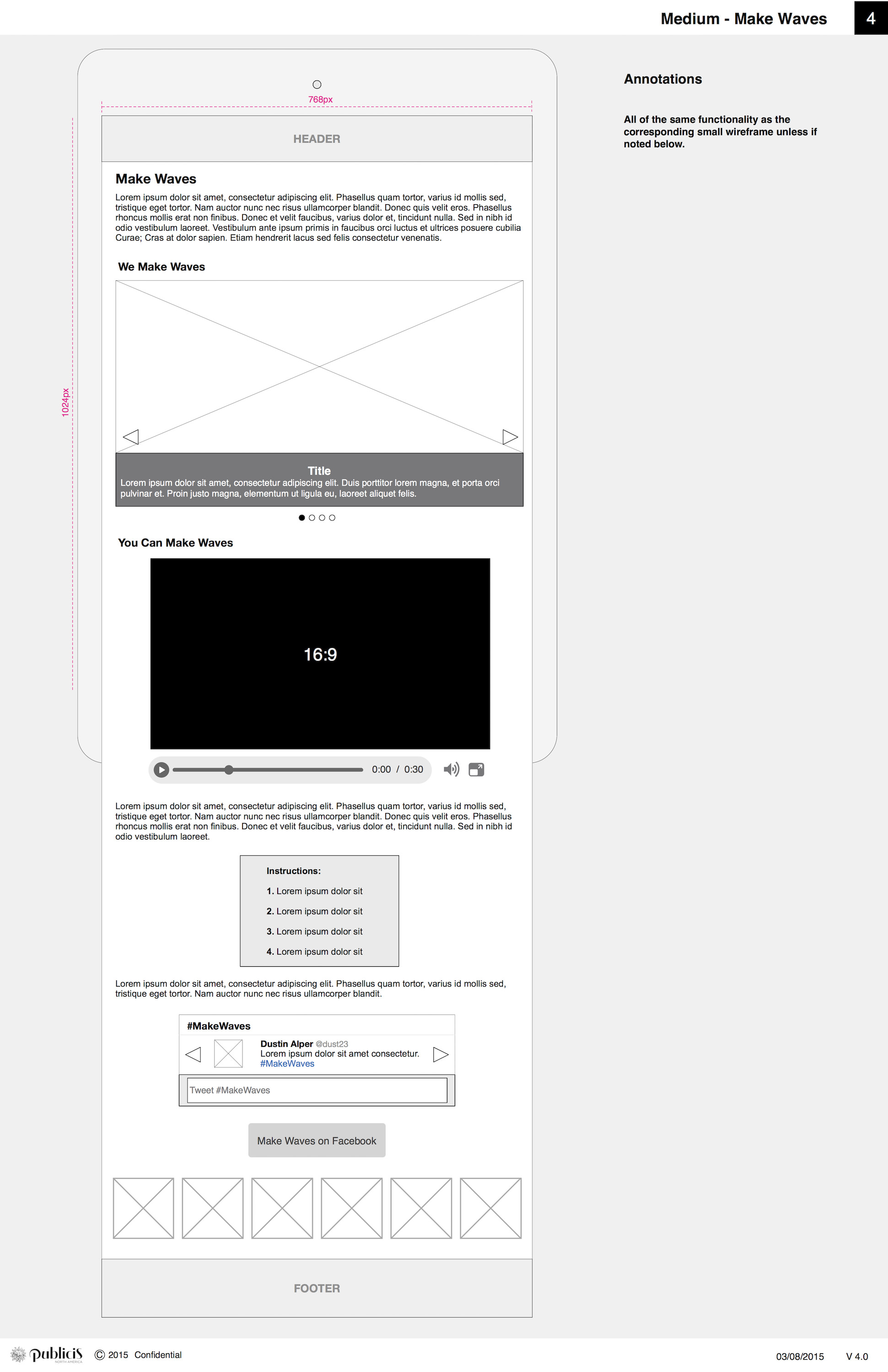 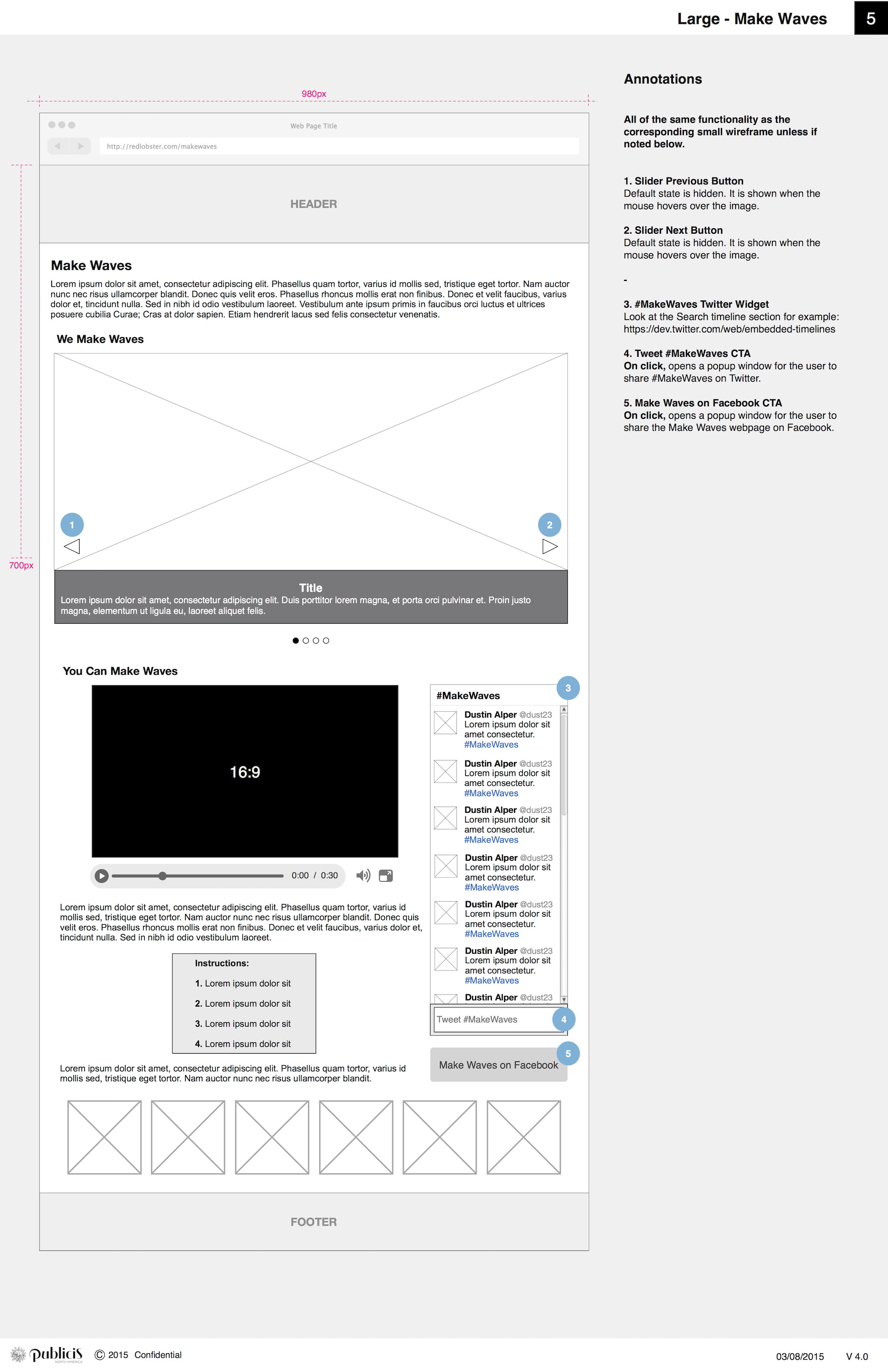 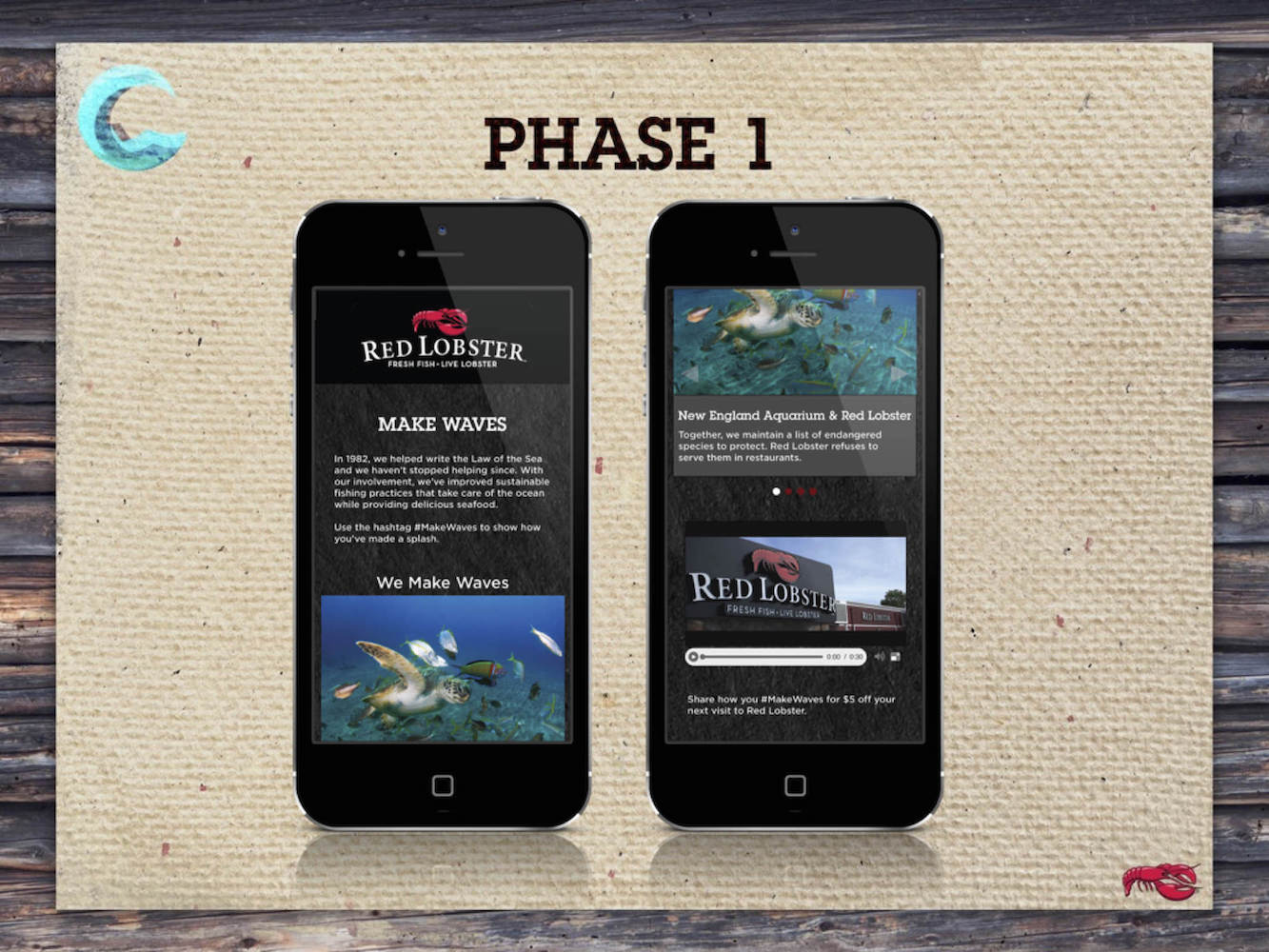 I worked with other interns to create a digital campaign for Red Lobster. Our campaign idea was, “Make Waves.” There were two goals for this campaign. The first was to show customers how Red Lobster makes waves. More specifically, how Red Lobster is taking care of the sea and marine wildlife. The second goal was to encourage people to make their own waves.

I designed the wireframes for a webpage that would be the central hub for the Make Waves campaign. It encompasses everything that I talked about previously; it explains how Red Lobster makes waves and tries to get people involved.

At the end of our internship, we pitched the Make Waves idea to the Senior Vice President of Marketing at Red Lobster and showed him several mockups of the website that our art director created based on my wireframes. The pitch went very well and we received an enormous amount of positive feedback.